Here you will find images from the Mach Cherub Instragram feed. Click on each image for the high-resolution version. 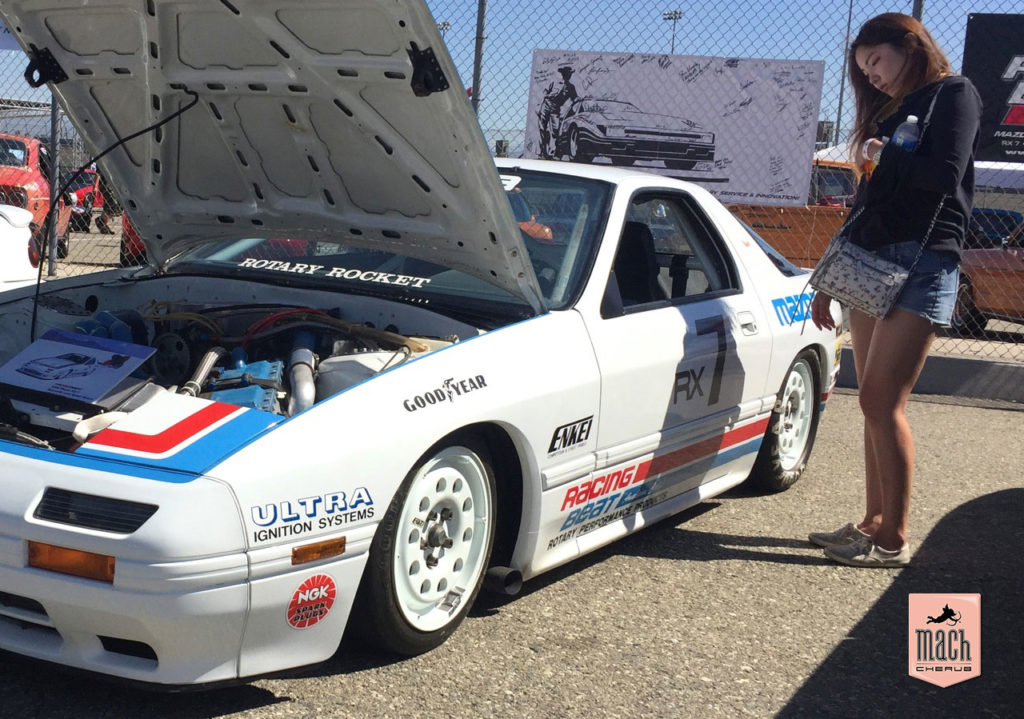 I spotted this unicorn in Sendai, Miyagi Prefecture, Japan. An Autozam AZ-1, a gull-wing “kei” car designed by Suzuki but sold by Mazda during the bubble years of the early ’90s. Mazda hadn’t figured out that the bubble had burst when this came on the scene. My wife actually drove one of these from her dad’s car log for awhile when she was a teenager. 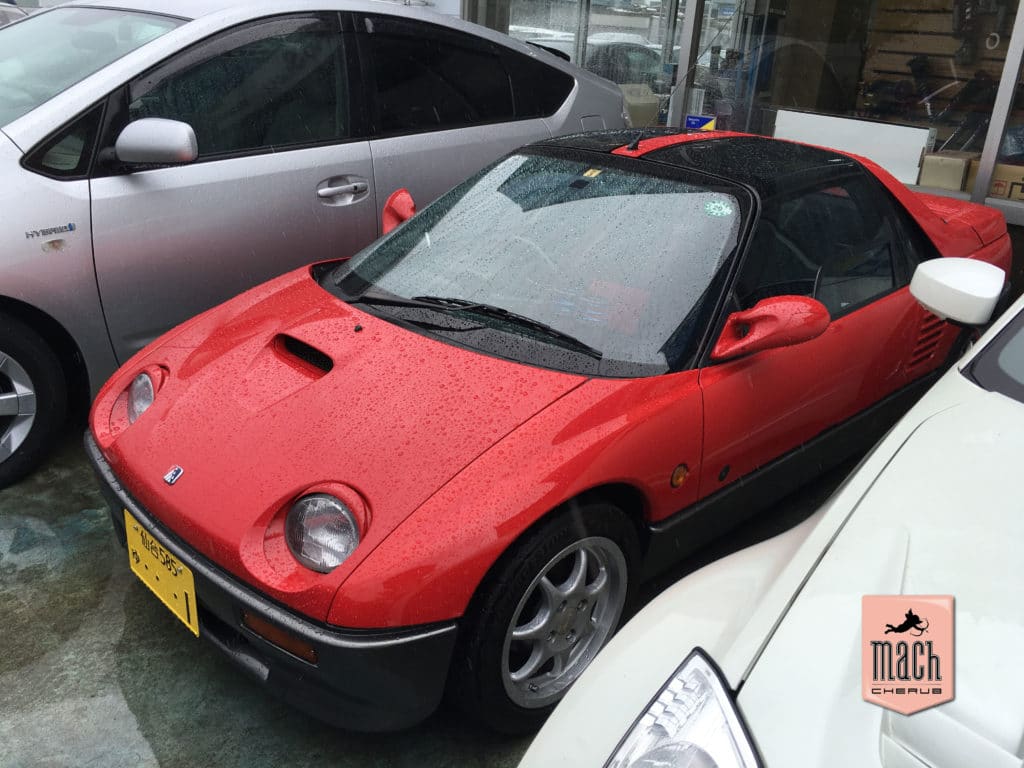 This business end of the BMW M1. This mid-engined beauty was made from 1978-1981. Street versions put out 273hp and could hit 162 mph. Turbocharged race versions could produce 850 hp! 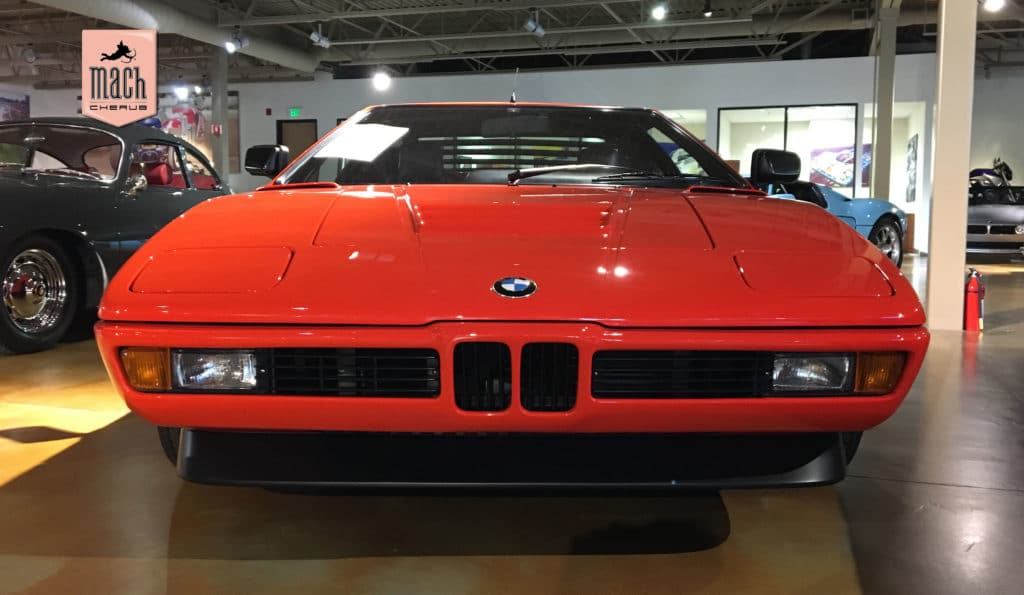 Brazil 66 cooling off after an autocross run at an SCCA event at Marina Airport. 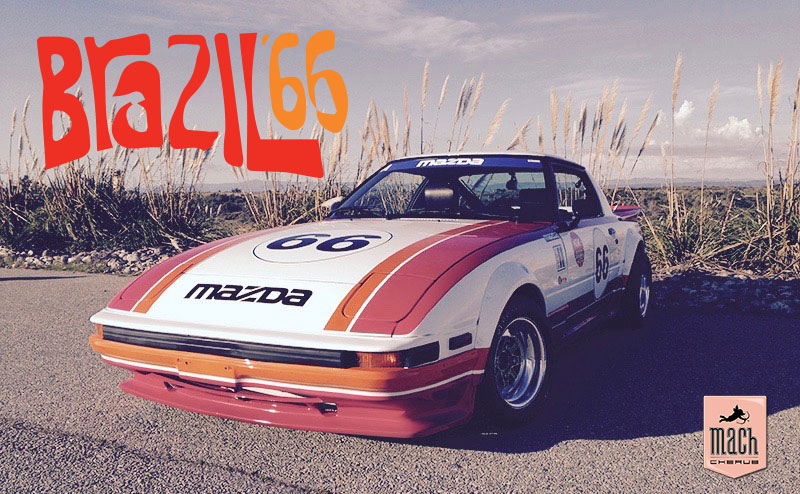 Brazil 66 looking like a toy sitting outside of our rest stop on the way to Sevenstock 18. Can you guess where we stopped? 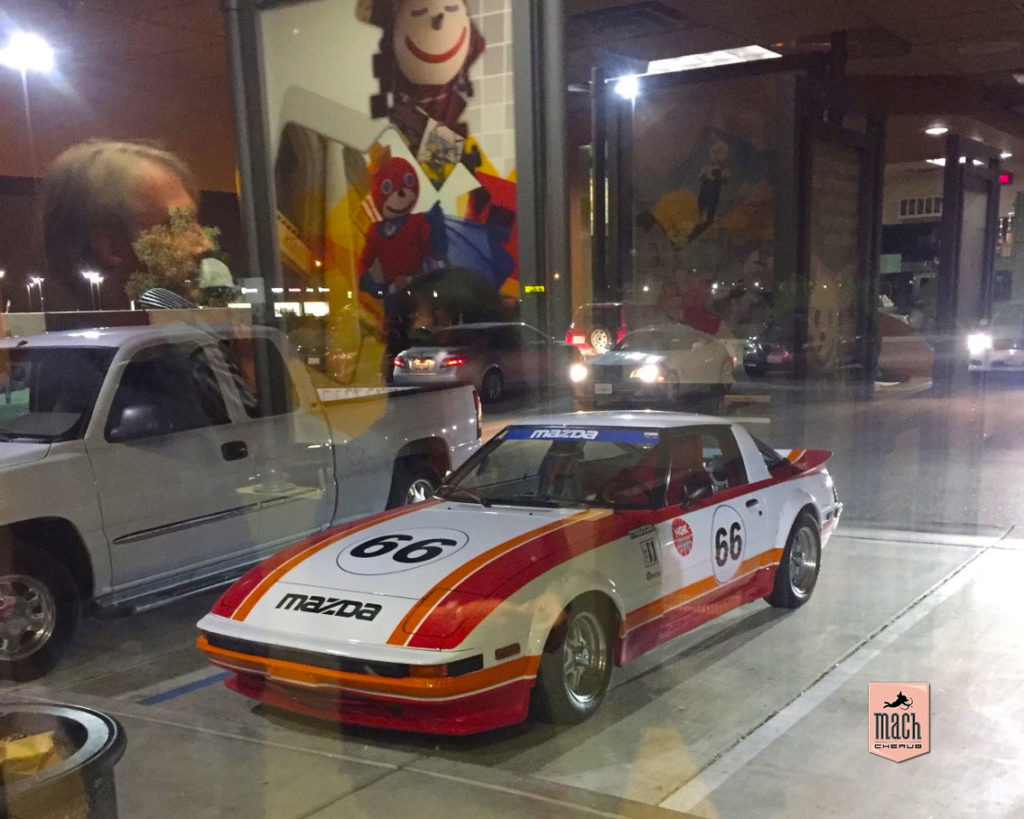 13B peripheral port engine rebuild – I thought we were going to be stabbing the engine onto the tranny in the car. The engine thought otherwise. Another 20 minutes and I had the tranny out. 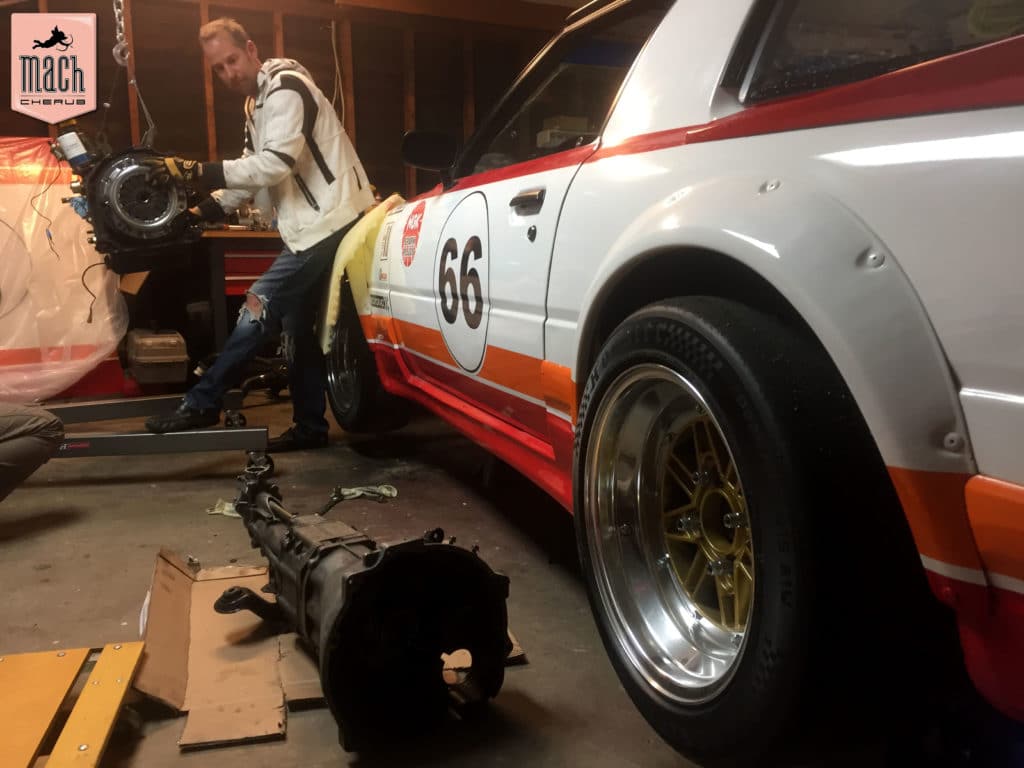 13B peripheral port rebuild – Cleaned up my Sevenstock 19 trophy. A bolt had worked its way loose from the carb velocity stack and had been sucked into the carb venturi. It left quite an impression! 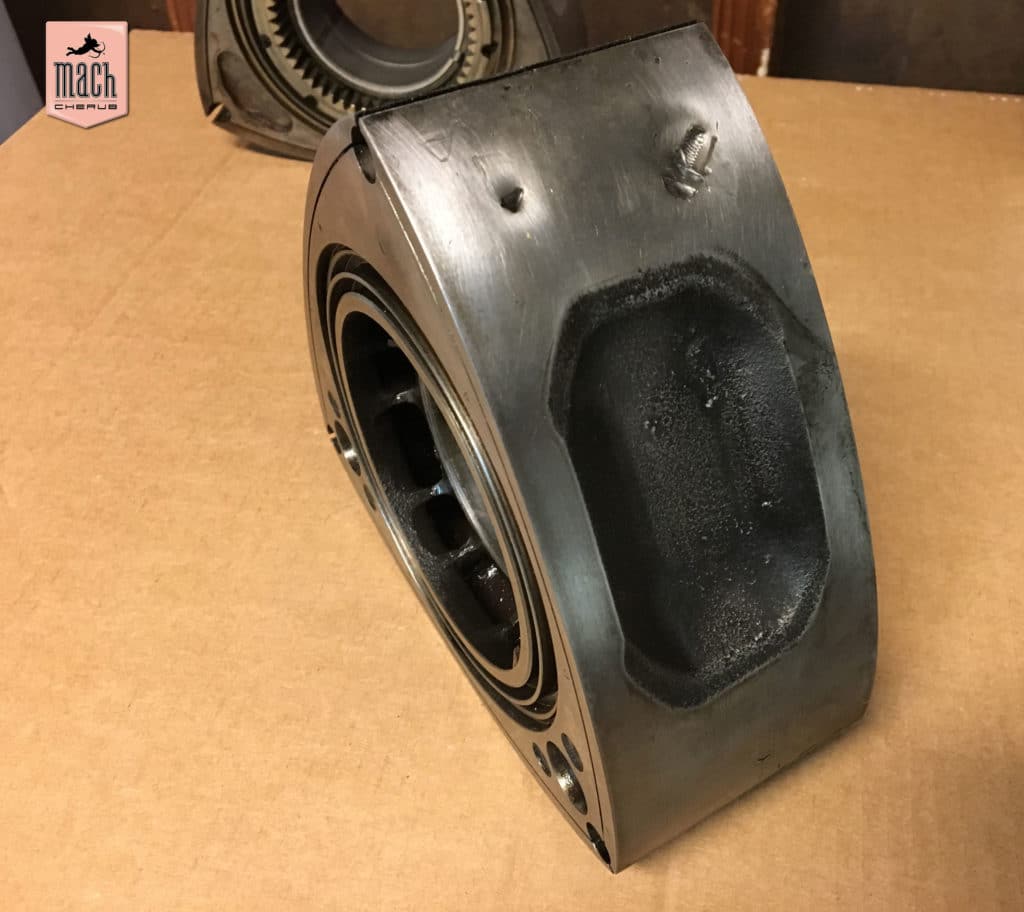 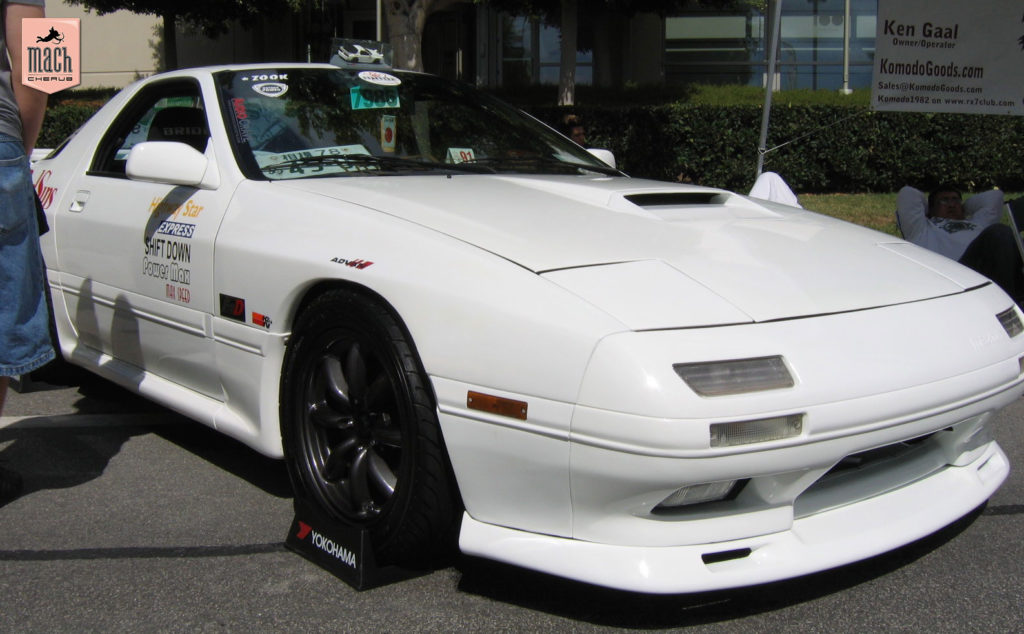 My favorite view of the BMW M1. These Campagnolo wheels were only produced for the M1. They’re so 80s, but in a good way! 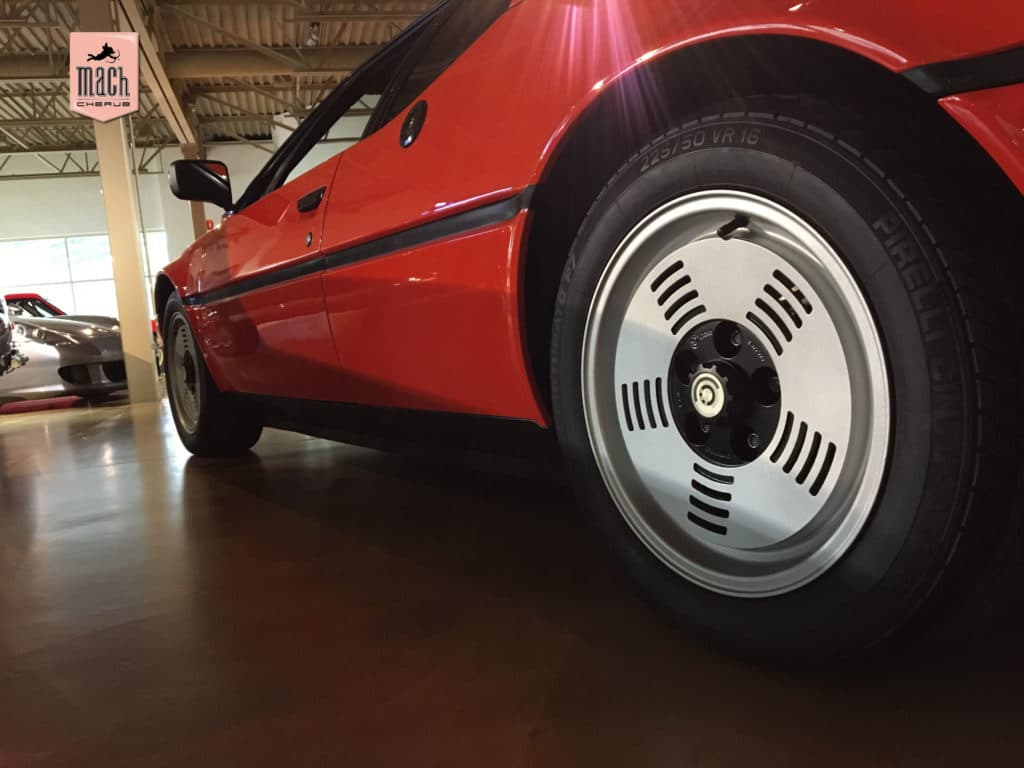 Maserati Ghibli at Mecum Auctions in Monterey. Back in the day, it was in the shadow of the Ferrari Daytona. But no more…it looks way better than the Daytona. 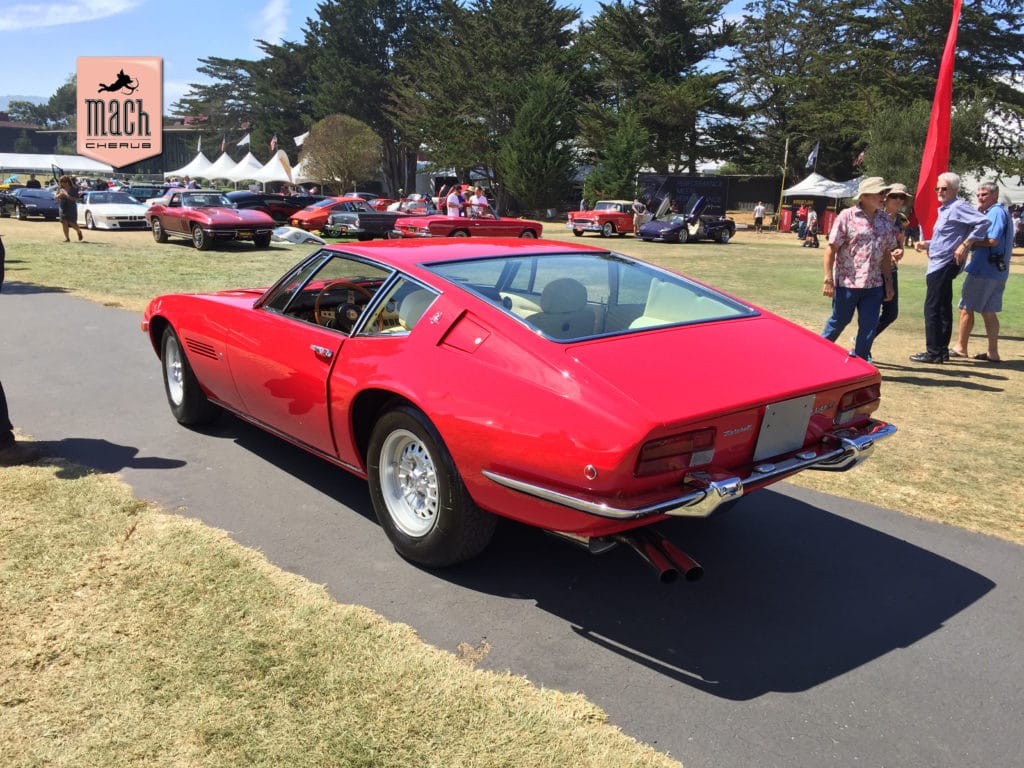 Brazil 66 having fun at Laguna Seca! 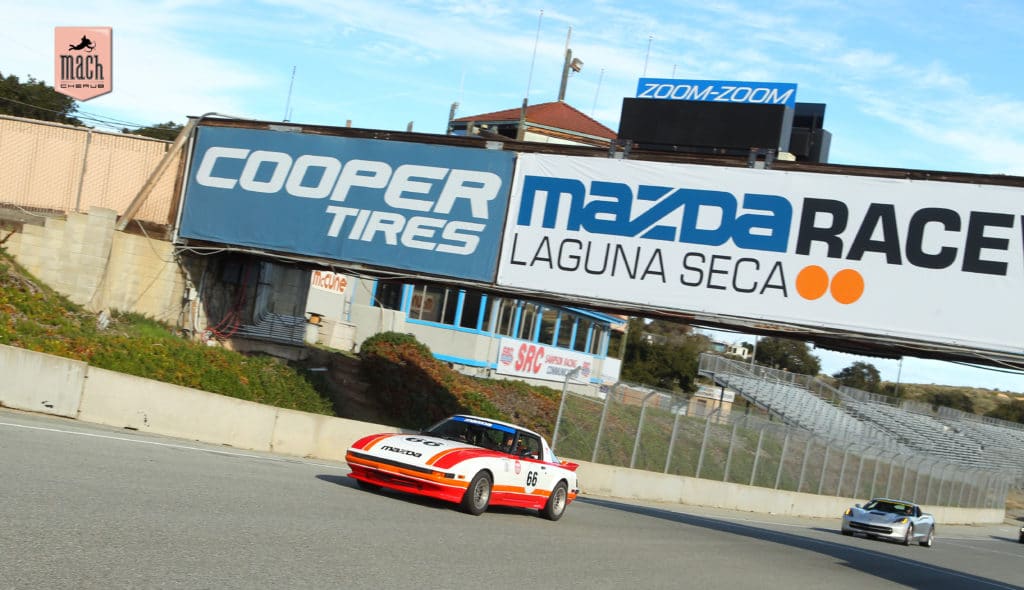 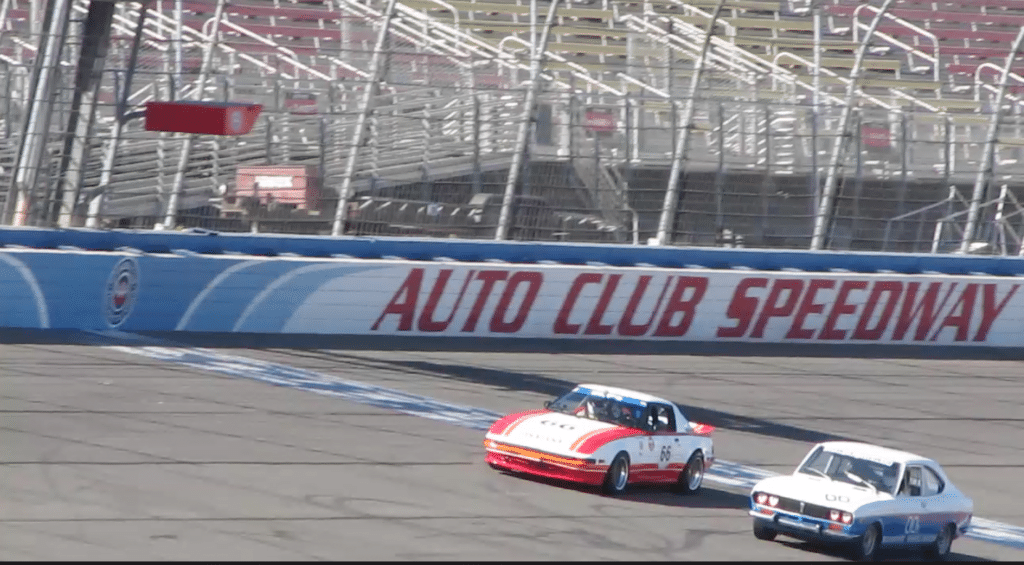 Brazil 66 keeping good company at the second demo run at Sevenstock 19. Being behind the 792P was an unreal experience! 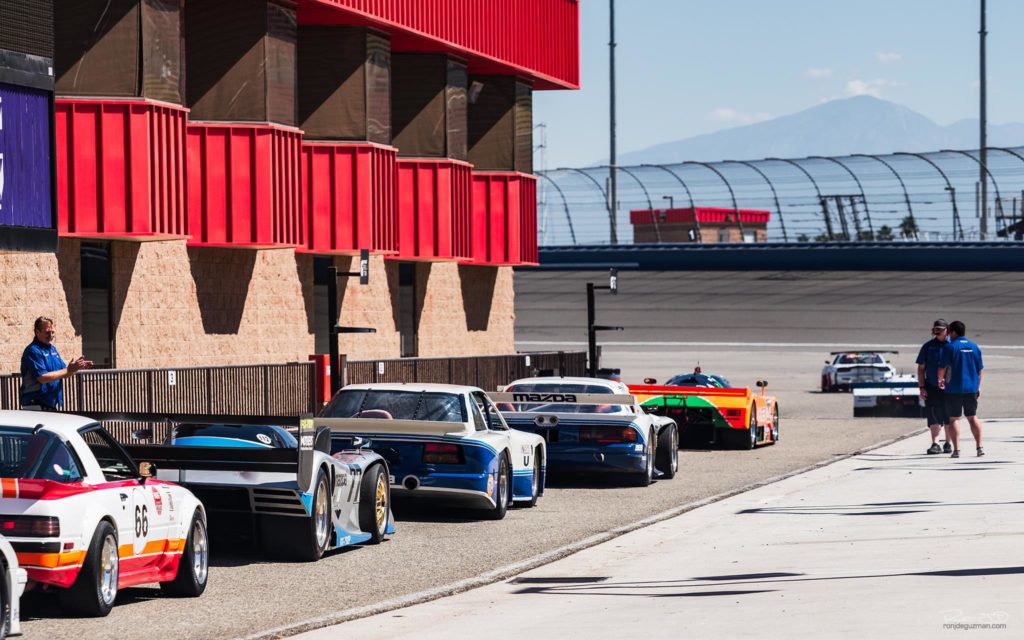 Brazil 66 lining up for the demo group run at Sevenstock 19. 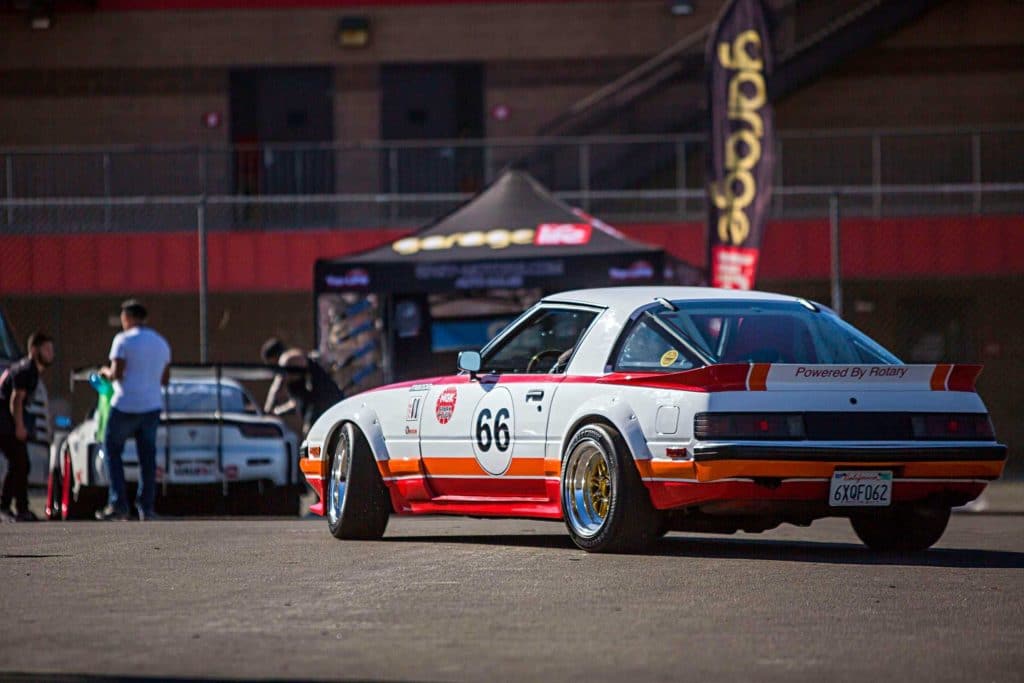 Unloaded Brazil 66 from the trailer to let her stretch her legs on the evening before Sevenstock 19 at Autoclub Speedway. Jim Hagerty and Berny Herrera can be seen in the background with the Mariah car. 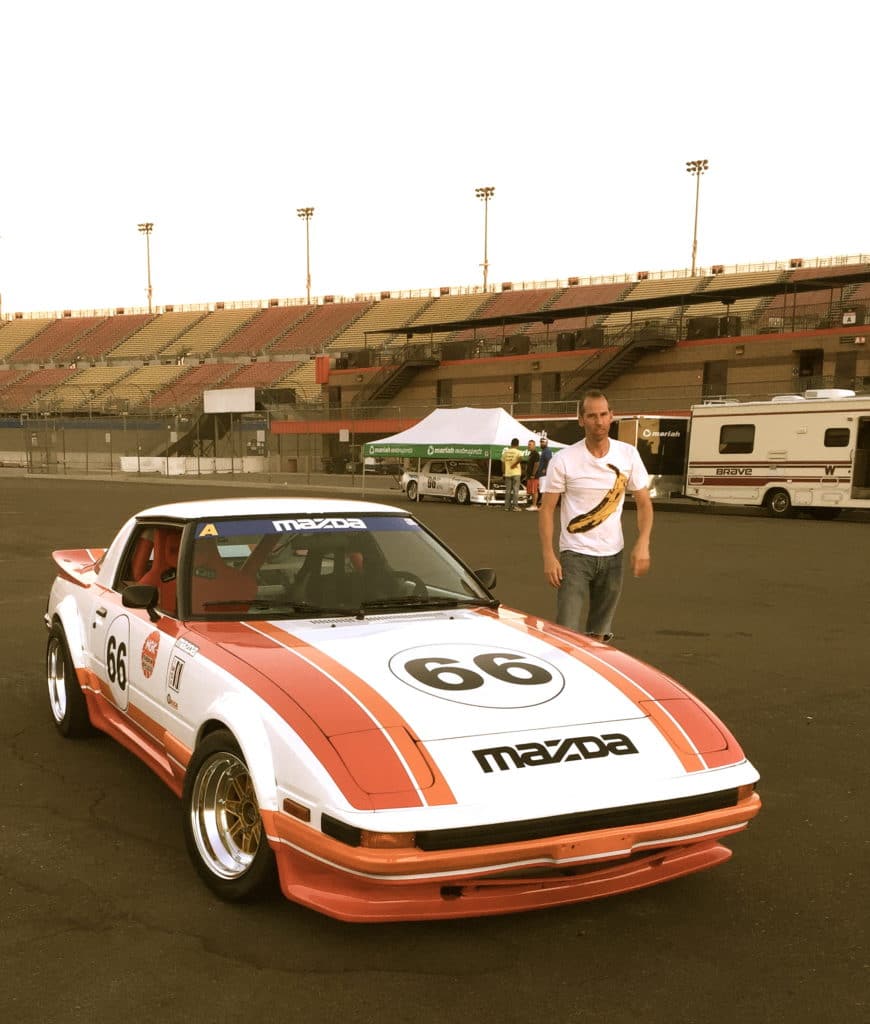 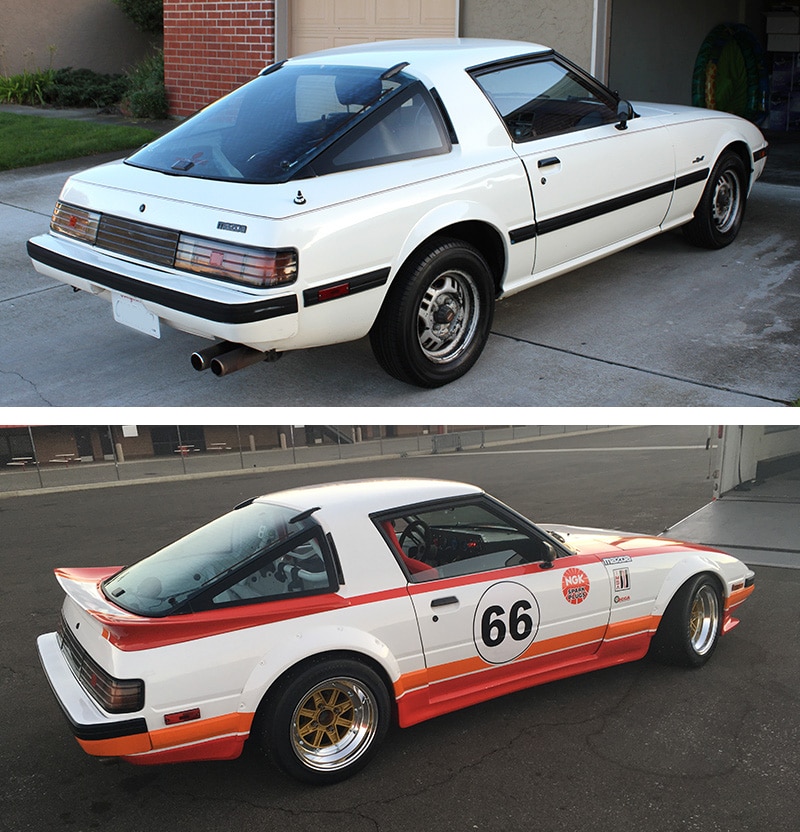 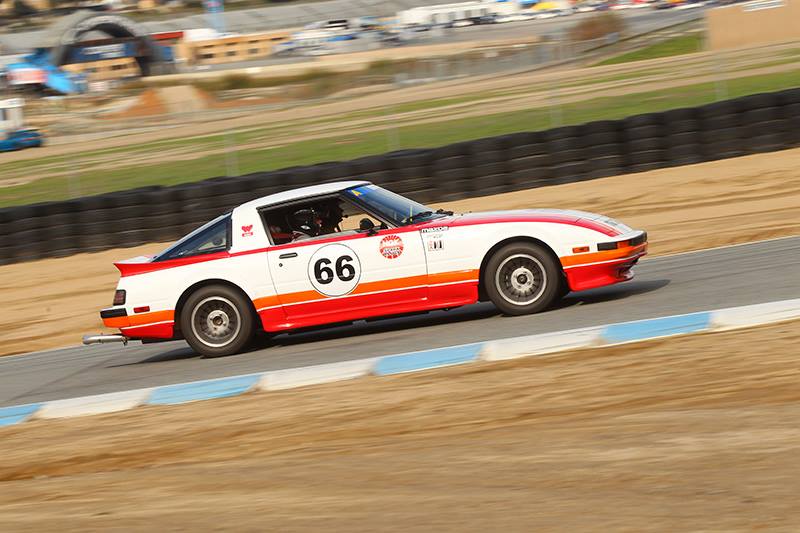 A curved line of the best looking Toyotas ever made. Toyota 2000GTs at the Monterey Historics. 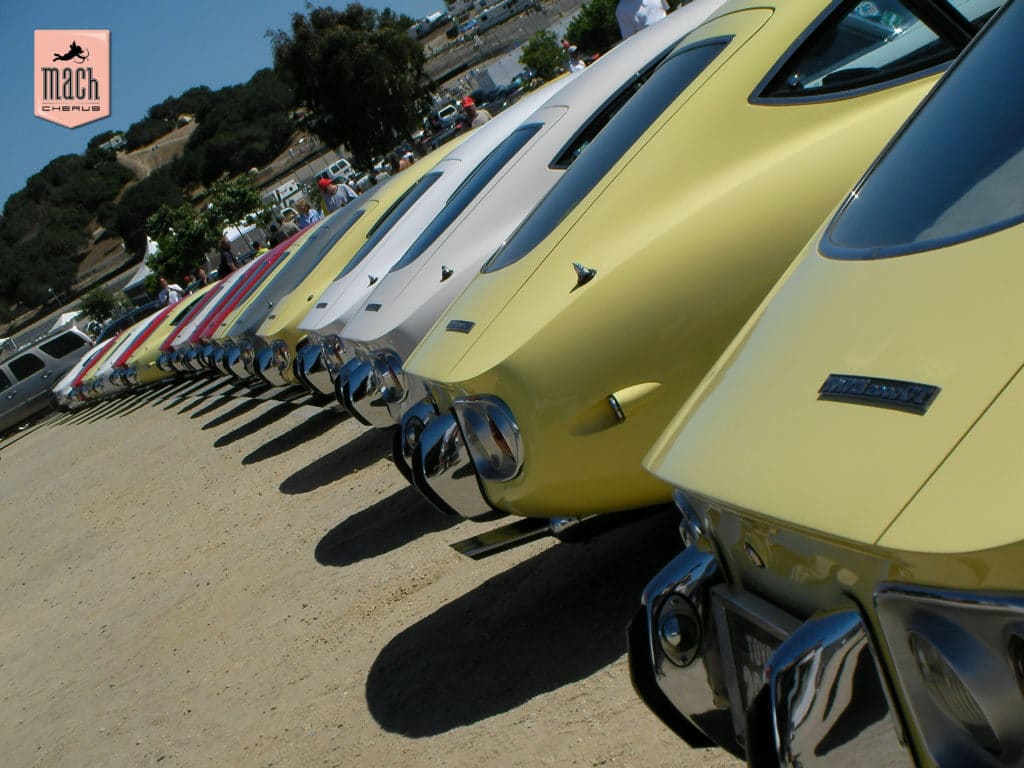 The final resting place for Takumi Fujiwara’s AE86? I spotted this decaying Hachiroku on a leisurely walk in Ninohe, Iwate Prefecture Japan. Check out the SSR Speedstar wheels on the front! 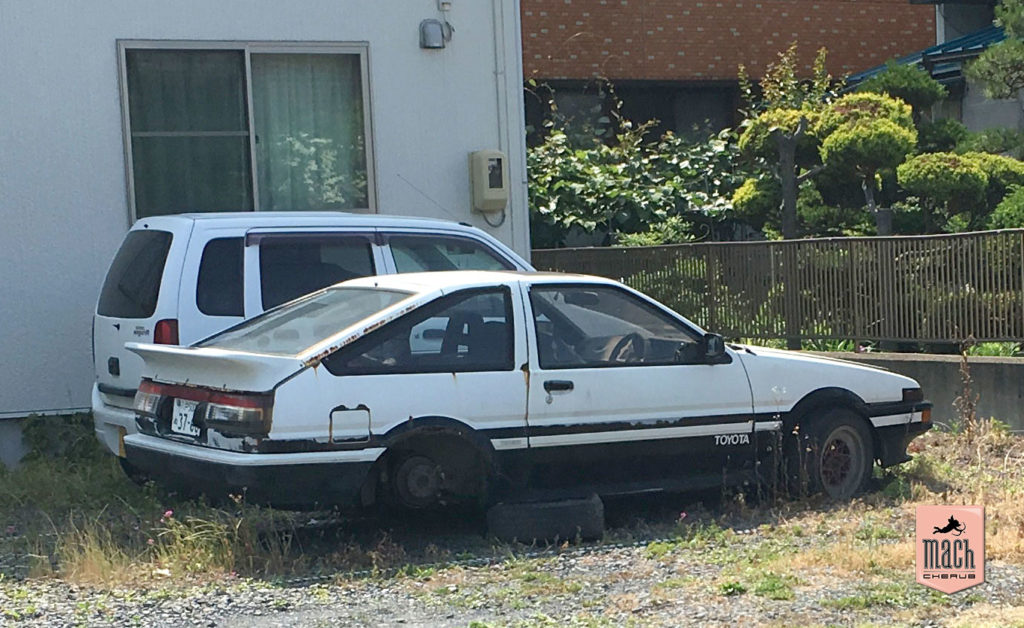 Brazil 66 on the corkscrew at Laguna Seca, still running the stock 12A. 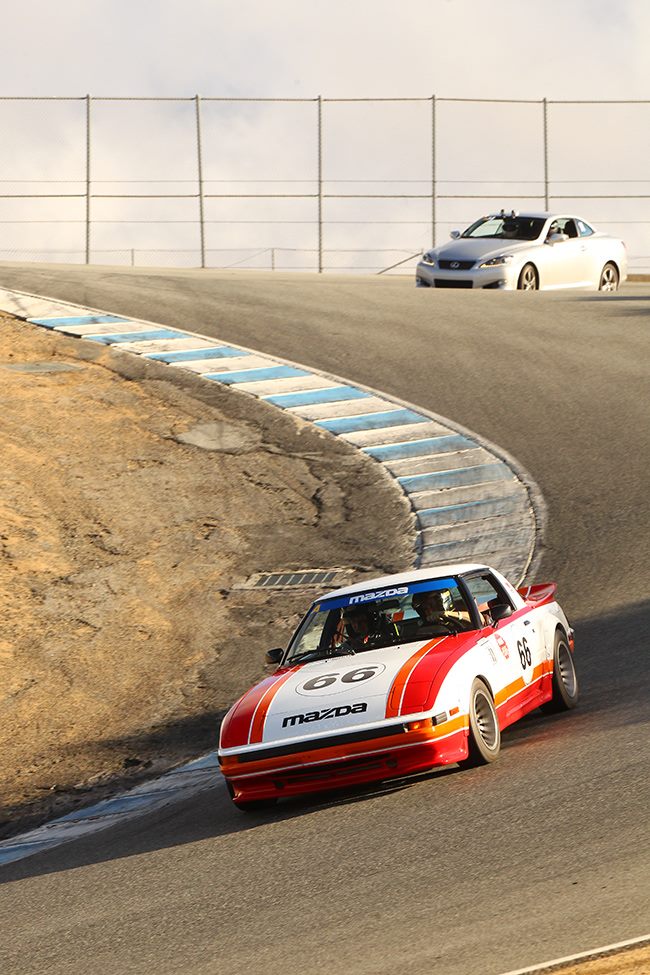 Hood off, engine out, patiently waiting for me to rebuild the 13B peripheral port. 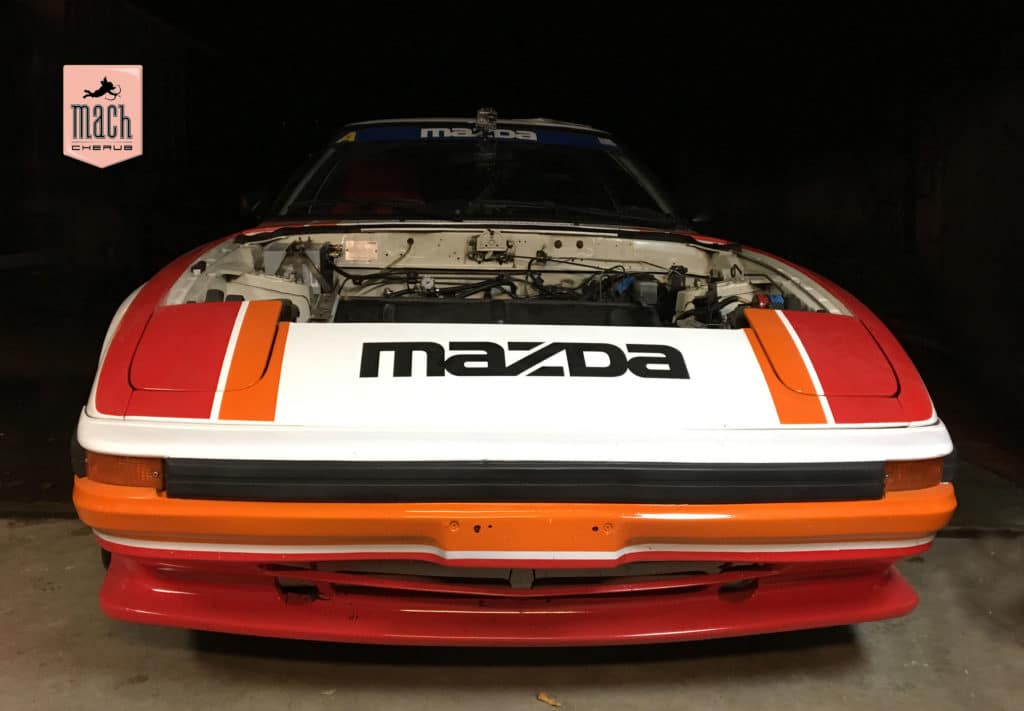 RX-3SP at a rainy Sevenstock 10 at Mazda Headquarters in Irvine, CA. I caught a pic of this orange flavored beast during a few second when the sun was out. Little did I know the secret it kept under the bonnet.